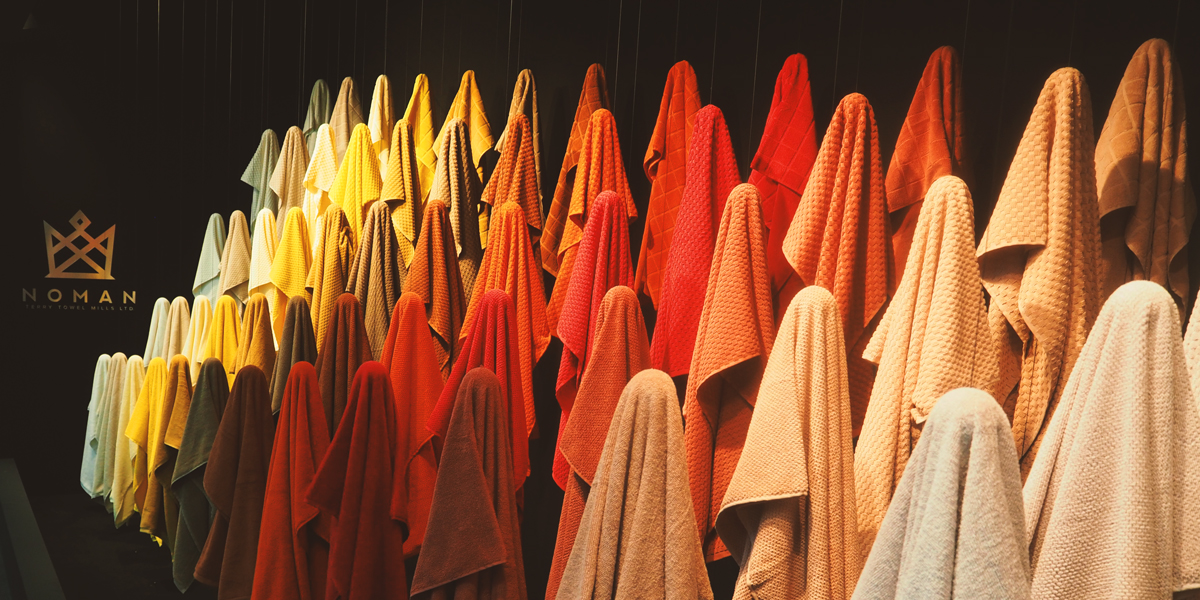 Are You a Terry Towel Manufacturer in Bangladesh, Pakistan, or India looking for a solid platform to showcase your products? Learn about these top tradeshows today!

As the leading Terry Towel manufacturer in Bangladesh, Noman Terry Towel Mills Limited knows the importance of trade fairs. Through these, Noman Terry Towel Mills Limited has penetrated terry towel markets in EU, United States, Japan and Australia. While Terry bath towel, terry beach towel and terry bathrobe are the most popular products in these shows, considerable importance has also been given to products such as terry hand towel, terry tea towel. If you’re a terry towel manufacturer, then consider going to these tradeshows!

New York Market Week, New York: The premier tradeshow for terry towel & home textile is none other than New York Market Week. This volume retailer-focused show takes place at the showrooms of a few trademark at the heart of New York city. With two shows (Spring & Fall) every year – the tradeshow attracts a plethora of textile professionals including retail buyers, wholesalers, textile agents and more. While the permanent showrooms at the show are free to visit, it might be helpful to make appointments prior to visiting.

Heimtextil, Frankfurt: Heimtextil means Home Textile in German language. Indeed, it is the largest home textile show on earth with a major emphasis on terry towels. As a terry towel supplier in Bangladesh or terry towel manufacturer in Bangladesh, you have to rate Heimtextil very highly. This show takes placee between the 2nd Tuesday and Friday of every year. In 2015, there was an impressive 3% increase in the number of exhibitors thanks to massive interest from North American buyers.

Textil House, Sao Paulo: Textil House, in Sao Paulo (Brazil) is the largest home textile show in South America. With two shows (Winter & Summer) every year – the tradeshow attracts over 15,000 visitors from five continents. While language barrier might put off many visitors, the most aggressive terry towel marketers will surely benefit by visiting this huge show.

Heimtextil Japan, Tokyo: Heimtextil has now expanded to the land of the rising sun. Its concept, however, transcends a trade & order platform. Besides volume business, this show is also known to feature the latest innovations in the home textile industry. Usually it takes place in the mid-June every year. Terry towel suppliers in Bangladesh must be aware that this is a more appropriate tradeshow compared to JapanTex, which also takes place in Tokyo.

Heimtextil Russia, Moscow: Heimtextil Russia takes place in Moscow in September every year. With over 300+ exhibitors (dedicated pavilions for China, Germany, Pakistan, Portugal, Turkey, Taiwan) from 23 countries and 15,000+ visitors from 44 countries – it’s an important show in the CEE region.

The above shows might be a great fit for you if you’re considering exhibiting products like: terry bath towel, terry cloth bath robe, terry beach towel, terry hand towel, terry hand towel, terry tea towel, institutional towel, hooded towel,  bath sheet, guest towel, bath mat, bibs, wash cloth and any related terry towel products. You could very well be competing with any Terry towel manufacturer in Bangladesh and other countries. So please make sure to read our blog on 10 Tips for Terry Towel Tradeshow, put in your best effort and hope for the best!